Is Mr. Ketch as Bad as We Fear? 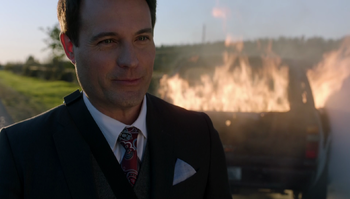 So, as I have been both anticipating and dreading the season finale of Supernatural, I have been thinking over some theories in my head. There are so many theories floating around out there, but one of the ones I am choosing to focus on is Mr. Ketch. I have been trying to understand what the purpose has been of showing the brainwashing scene. First off, I have so many questions about this scene.

If Brainwashing was an option and she seems to have accomplished this feet in a relatively short time, why was Sam not just brainwashed in the beginning of the season? Why are the BMOL not just capturing American hunters and brainwashing all of them? If they have this powerful yet disgusting tool in their arsenal, WHY only choose to employ it on Mary Winchester? If Toni is so good at brainwashing, why does she wield no control over Mary herself? Though Toni is there, it seems like Ketch has all the control. Is Ketch using his Hellhound whistle on Mary? Hopefully all these questions will be answered in the finale.

Yet, I can’t help but wonder if there is a specific reason they introduced it now. Could it be because they are setting up the idea that the brainwashing technique was used on Ketch? I think this could be a viable theory. Ketch’s character has been an anomaly this season,  being unfeeling and unflinching in his kills. The only emotion he has shown is his obsession with Mary. Which is an emotion brainwashing into a killer may not have been tampered with.

So what if Ketch has been brainwashed, what does that mean? Well it means that there is a possible redemption arc coming for Mr. Ketch. Which, I personally would love to see happen. Especially because it would help me cope with the abrupt departure of Mick’s character. If Mary does die in the finale or the long shot of her being possessed by the devil comes to pass, it may break through his coding. We know talking to loved ones isn’t enough, as Dean was unable to break through to Mary. It may take a great emotional shock like a death to something you “love.” I use love loosely as I don’t think Ketch can be there with Mary.

But, if he does crack through the brainwashing, when and what does this mean for the character? Well this could be Supernatural‘s chance to do the redemption arc of a killer they never got to complete with Crowley. This would force Ketch to confront the horrible things he has done over his tenure as a BMOL assassin. I personally would love to see David Haydn-Jones play this character, struggling to right the wrongs of his past. Maybe he joins the side of the hunters as penance to what he did to the Winchesters and to Mary. And to see how he interacts with the brothers after the horrible crap that has gone down this season.

While I am not hoping for Mary to die in the finale, it is a possibility. If that does happen, this is what I think and hope for as a result of that action. All I know is that I am not emotionally ready for the finale. What do you think is coming for the finale? Drop me a comment or send me a tweet @SuperwhovianNut. I would love to discuss any and all theories.

The Best Coffee You’re Not Drinking