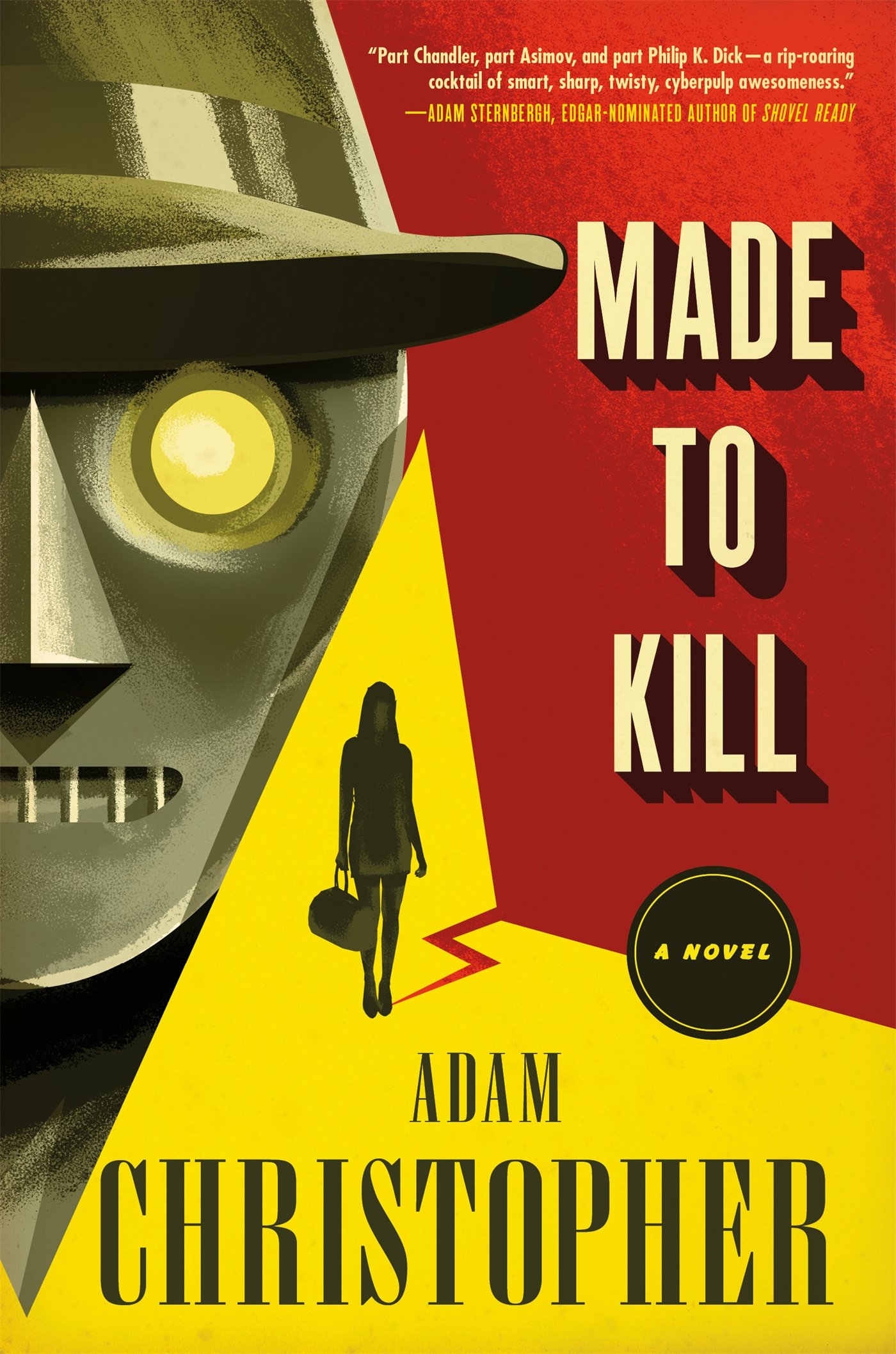 Robot for Hire, Inquire Within

Take your favorite retro-futuristic movie. Now take the robot that’s inevitably in that movie, and put him in The Maltese Falcon. Give him a private investigator’s license and make sure his secretary-with-the-sass is actually a supercomputer (and definitely the shot-caller in the operation.) Then add some vintage Hollywood scenery and glamour to the mental picture and you’ve got the feel of Made to Kill by Adam Christopher.

So What’s the Story, Kid?

Our hero is Raymond Electromatic, Private Investigator, hit-man, and last robot in the world. His partner is Ada, a supercomputer who calls the shots and takes his clients. Ray hasn’t actually investigated anything in a very long time since it’s more profitable to do the dirty job of a hit-man. Ada has a routine for this sort of work, with particular contacts and particular rules. Everything gets thrown sideways when a young woman in expensive clothes drops in unannounced. She drops a bag of unmarked gold bars and a request on his desk; find a missing actor… and then kill him.

It’s never that easy, is it? Our hero finds himself quickly caught up in a bigger mess. He’s not looking at a woman who wants a man dead but rather a plot between world powers. While he’s busy chasing down his first lead, he finds himself caught up in a web of secrets behind the silver screen.

As books go, this one makes it onto my Good Book list on the first read-through. The imagery in the narrative is excellent, with descriptions of characters popping off the page to stand there next to you. We can imagine the teen working the milkshake shop just as we can quietly judge another man’s ugly plaid jacket. (My favorite is Ada. Ray hears visual impressions of her, with her stocking feet up on the desk and a cigarette between her fingers. Is this just a result of their connection to each other? Or is this akin to a mental image of someone over the phone?)

The settings also stand out vividly. The nightclub that seems so mysterious at night with the lights low turns out to be painted plywood in the daytime, and the disenchantment with that revelation is palatable. The posh hotel Ray follows a lead to is every hotel you’ve been in, but also every hotel you could never afford to walk into the lobby.

There’s something charming and fun and almost light about the narrative in this book, which sounds like it should contradict the film-noir detective shtick it’s got going on. Rest assured, Gentle Reader, that it’s only skin deep. Our metallic man reminds us that he’s not soft. Just when I feel like I’m working the case with him, he takes a moment to calculate the trajectories needed to make a push off the Hollywood sign look like a fall. You know, for the robotic hit-man to file away “for future reference.”

This goes on the shelf next to:

This book was hard to place in the lineup. On the one hand, it’s an homage to pulp fiction and early sci-fi. On the other, the book was its own beast. Since it’s got the classic feel of retro pulp novels but that well-read vibe of someone who’s done their research, I’m going to say that it goes up next to: 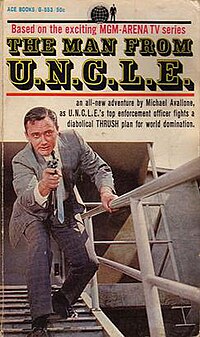 The Man From Uncle

Any book by Jasper Fforde

I only object vociferously when wearing a cravat.