Breaking Down Murder in Turn-of-Century NYC

Good evening to you bookworms everywhere. I am here to bring your attention to a delightful little series that may have otherwise escaped your notice. For those of you who are a fan of murder mysteries, Victoria Thompson’s series the Gaslight Murder Series is a set of books you need to check out. Taking place in New York City at the turn of the 1900’s this series takes you on a fascinating historical journey into murder and mayhem, and the lengths the wealthy go to cover it up.

The descriptions of the city Thompson gives with its sights and sounds and smells is highly realistic. You are transported back to a time when the police department was corrupt and the upper echelon of wealth was even more corrupt and powerful. They held all the cards, controlling almost every aspect of society. A place where money could buy you out of murder. Told from the viewpoints of a former wealthy child turned midwife, and an Irish police sergeant, they lead you on a journey through historical New York City. So step into the world of the past as we follow them on the path of figuring out who killed who.

Sarah Brandt is a woman who left behind her wealthy family after a personal tragedy and married a lowly doctor. As a result of leaving her life behind, she studies and trains to be a midwife. Which is also how she ends up earning her keep in a world not the kindest to women. When an unknown killer murders Alicia VanDamm, a young woman from a prominent family, Sarah is forced to revisit upper-class society. One she rejected and never wanted to return to, in an attempt to find the killer.

Sarah is forced to confront her past and deal with a corrupt police department to bring justice to the murdered. Detective Sergeant Frank Malloy reluctantly asks Sarah to assist him in the case. She is his ticket into the world of the rich.  The midwife who refuses to kowtow to expectations and the policeman indeed grudgingly become allies in their search for justice. Sarah and Frank are appealing characters, fun fresh and believable and Thompson develops their relationship smoothly.

The more you read of the series, Thompson does an amazing job of developing their relationship. Especially by keeping it true to the way society functioned in that time. It never felt forced or rushed, and it was satisfying to see the way it progressed. Don’t think though that these are the only compelling characters of the series however. These books offer so much more, peppered throughout the books with a delightful supporting cast. Characters like nosy neighbor Mrs. Ellsworth – who is full of superstitions – reading signs of things to come with any event you can think of.

There is Gino, the Italian Detective who hero worships Frank, and furthermore follows in his more honorable footsteps. Maeve, the pickpocket who Sarah entrusts with the care of her daughter. And don’t leave out Mrs. Malloy, Frank’s mother, who is angry and overall distrustful of the world. Seeing as she was living with the stigma of being a hated Irish woman it is not hard to understand her mentality. Besides, it is also fascinating to see historical figures we know so well in a world where they are not just facts on a page. People like Teddy Roosevelt as Police Commissioner, the Pinkerton Detective Agency, the families that make up the knickerbockers of New York all become real on the pages. Fleshed out characters with human emotions that contrast with their entries in history books. I loved my history classes in high school but I appreciated this history lesson more. 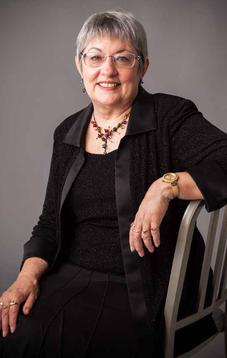 Victoria Thompson was born in Washington D.C. and started writing the Gaslight Murder Series in 1999. The series has been nominated for both the Edgar and Agatha awards. Consistently over the years her books are being nominated for awards. Victoria, as a matter of fact, won the Book Reviews 2011 Career Achievement Award for her outstanding body of work in mystery fiction. The other nominees in this category were Anne Perry, Rhys Bowen, Sue Grafton, Rita Mae Brown and Lee Child. A strong list of competitors that she beat out in my opinion.

She is not just an author however. She currently teaches in the Master’s Degree program for writing popular fiction at Seton Hill University. This is where she earned her Master of Fine Arts degree. Victoria is a founding member and past president of Novelists, Inc. Victoria has served on the board of directors of Romance Writers of America, and was co-founder and the first President of New Jersey Romance Writers.  She is also a member of Mystery Writers of America and Sisters in Crime.

If you haven’t caught this weeks Youtube MaliceCast Podcast please do so and remember to like and subscribe. Also Join us for our new weekly Live casts on our Malice-Corp Twitch stream. Please leave any thoughts about the above items below in the comments. Again, we thank you.