Going to preface this by saying that I am not a giant romance novel fan. You get a few good ones, but overall I don’t love to fully immerse myself in the genre. So I was a little bit leery of giving the In Death book series a shot, as J.D. Robb was Nora Roberts pen name. But my sister got me a book called Remember When which was 2 separate stories, one written by Roberts the other Robb. I gotta say I am glad I gave it a shot. A book about a diamond heist in 2003, where a portion of the diamonds are never found. The second half takes place with the characters from Robb’s series 50+ years in the future, where the rest of the diamonds are being pursued. I was sucked in, and decided to give the remainder of the series a shot.

So what I like about this series is how unafraid they are to tackle the darker side of human nature. They are darker then you would think of when thinking anything Nora Roberts could come up with. They have well developed characters, and even though they are based on murder, they do also provide enough lighthearted moments to balance out the darkness of those moments. I also love that fact that these books pick up almost immediately after the previous book ended. So even though there are a lot of books in the series, only a few years have passed for these characters. And despite that I still feel like the characters are always growing and evolving, and that makes the series so much better for me.

The In Death Book series is a futuristic murder mystery series. It takes place in 2057, and has all the gadgets we dream about here in 2017. It’s got the flying cars, auto-chefs that prepare meals, and holorooms to rival the matrix. But, for all these amazing things, the world is still dealing with the aftereffects of the Urban Wars. This war devastated much of the earth’s resources. So daily things that we take for granted – Meat, real chocolate, sugar, butter, cheese and even coffee are now luxuries that most people cannot afford. Most of the world lives off of soy products to get by.

This book series revolves around Lt. Eve Dallas, who lives and breathes the job. She tolerates no bullshit from anyone, and puts the homicides she catches ahead of having any kind of life. She meets and marries a man who goes by the name Roarke. One name, I know, took me a while to get used to that as well. On the surface he appears to be a savvy business man who has amassed a huge fortune. So on the surface you got a cop and a billionaire who team up to solve crimes. Exciting no? Well, When you delve below the surface you encounter dark and complicated pasts that drive both characters. It becomes a woman who literally has been through hell and back fighting to give justice to the dead. Partnered with a former master thief who has gone mostly legit.

Rounding out the main two is a colorful cast of side characters that make many appearances throughout the series. And what is so great is that even the side characters are filled with depth and growth. No recurring characters in the series remain stagnant at all. And I love that. 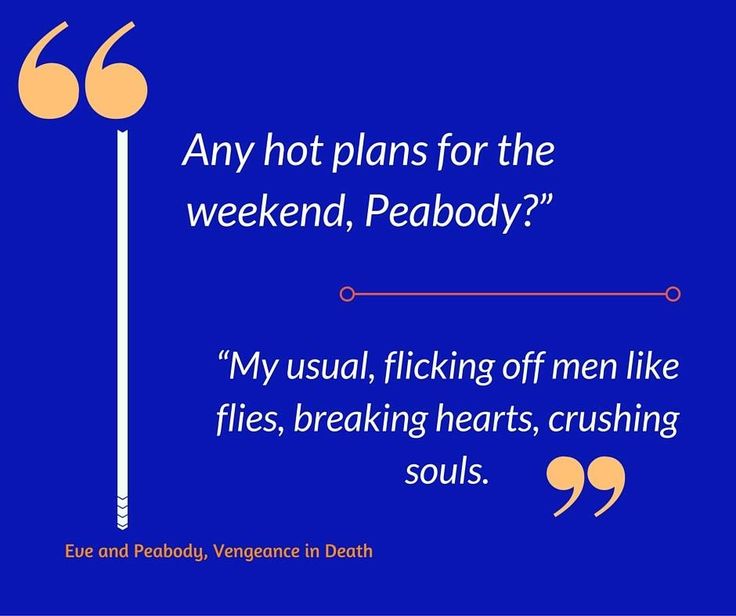 This series does not shy away from the hard realities of life. And I don’t mean in “it’s just a murder mystery where people die” either. Eve is a character built around the traumas of her childhood, things she repressed for years until it all came spilling out in a an ugly flow. A survivor of child molestation, and a child who killed her father who was training her to be sold into child sex trafficking. She ends up nameless in an alley, and is taken into the foster care system. Instead of letting that destroy her life, she uses it as a driving force to become a cop. In the books she is touted as the best homicide cop in the NYPSD precinct.

These books have it all, murder, mayhem, good solid action, humor and drama. And some of these books man do they punch you in the feels. You get so drawn into these characters and their lives, that when something happens to them it’s like it is happening to you. And it’s not just the main characters it’s the side characters too. But don’t think it is all just violence and grief.

There is a lot of good humor between the characters that help brighten up the dark parts of the story. And because each character gets depth and advancement it really brings the stories to life. Also there is almost no time lapse in between these stories. Even though there are 56 total stories (there have been quite a few short stories published) roughly 4 years – I think – has passed in the series. And I love that it feels like I am watching these people’s lives unfold.

I’ll be dropping another article later this week for some of the top books in the series. So keep your eyes peeled, if this didn’t peak your interest hopefully this will. If you haven’t caught this weeks Youtube MaliceCast Podcast please do so and remember to like and subscribe. Please leave any thoughts about the above items below in the comments. Again, we thank you.

How to get rid of an Earworm