The geek Holy Grail is coming to a theater near you! In a discussion with a Warner Bros Executive at Wondercon in Anaheim they let some interesting news slip. Apparently, multiple Hollywood studios will be coming together to make a true Marvel Vs. DC film trilogy. Anyone that is involved with Marvel or DC characters will part of this endeavor. Marvel, Warner Bros, Sony and yes even Fox have come to terms with each other.

How did this happen?

Last week when the news was released that Joss Whedon would be writing a directing a Batgirl film, we knew there had to be more to come. Well this is the more. So what set this whole thing in motion was Marvel Studios President, Kevin Feige. After the success of Logan, Hugh Jackman was asked by ScreenRant if he would ever come back to play Wolverine again? His response to the question was this,

If [an Avengers-crossover] was on the table when I made my decision, it certainly would have made me pause. That’s for sure. Because I always love the idea of him within that dynamic, with the Hulk obviously, with Iron Man but there’s a lot of smarter people with MBAs who can’t figure that out. You never know.”

So if there was a crossover with Avengers would be his only stipulation. On the heels of this and Fox announcing they would be rebooting the X-Men universe in film form and the dumpster fire that has been the attempts at Fantastic Four. Marvel Studios took this as an opportunity to ask Fox to join the fold again.

Marvel is going to use this partnership to merge all their characters together for a Secret War film. They have also come to terms with Netflix to have everyone from there shows finally involved in the film as well.

But what about DC?

Seeing as this partnership was coming together. Marvel Studios decided why not swing for the fences. Inside the industry there were already aware that Joss Whedon was in talks to come on board to the DC universe of films. Seeing as Joss helped get the Avengers started, I was told it seemed that Kevin saw this as a way to bridge the gap between Marvel Studios and Warner Bros. Kevin reached out to Warner about having a Marvel Vs DC partnership. I’ve been told the deal is all but done. Just waiting for the final pen to hit paper.

The story plan and who’s in it.

So as I said above marvel is focusing on their Secret Wars storyline. In this storyline all the heroes and villains of the Marvel universe are pulled into anther universe where they are forced to battle each other for the fate of the earth.

DC is joining in on this by focusing on their Crisis on Infinite earth storyline. When this story was created in the DC Comics all the different timelines in the DC comics had gotten so screwy that they made them all merge together in order to smooth everything out.

The plan is to do three movies. One of all DC properties and one of all Marvel properties. Warner will be merging their cinematic universe and their CW television universe together. A cataclysmic combination that could bring about the destruction of both dimensions. The Marvel film will start establishing heroes disappearing only to find that they are being pulled into another dimension.

The third film will be the combination of the DC and Marvel characters. They will have to come to terms with the fact that they were each pulled into a new dimension to battle and fight each other as the fate of their respective universe is on the line.

Joss Whedon will be writing all three scripts. The DC film will be directed by Zach Snyder. The Russo Brothers will do the Marvel film. Coming on board for the first time in the comic book world J.J. Abrams will direct the combined film.

Because of the magnitude of the budget for this I was given one little extra piece. Ryan Reynolds will be double billed playing both Deadpool and getting a second shot at doing Green Lantern properly.

Not just Marvel Vs. DC

Since Joss will be writing and Fox said the only way they do any more Firefly was with Joss. they figured this was a great chance to bring more nerd love to this films. Since they are combining universes together in different dimensions, Captain Malcolm and his crew will also be involved in the fight.

If your still reading this and haven’t figured it out all ready….. 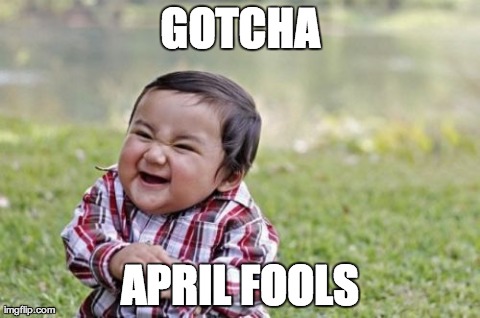 Although be honest you would love if this happened. Go ahead and share this article with friends and check out our other pieces that are in fact true and not a joke. If you bought into any part of this let us know in the comments below.

One thought on “BREAKING: Hollywood studios joining force for Marvel Vs. DC”